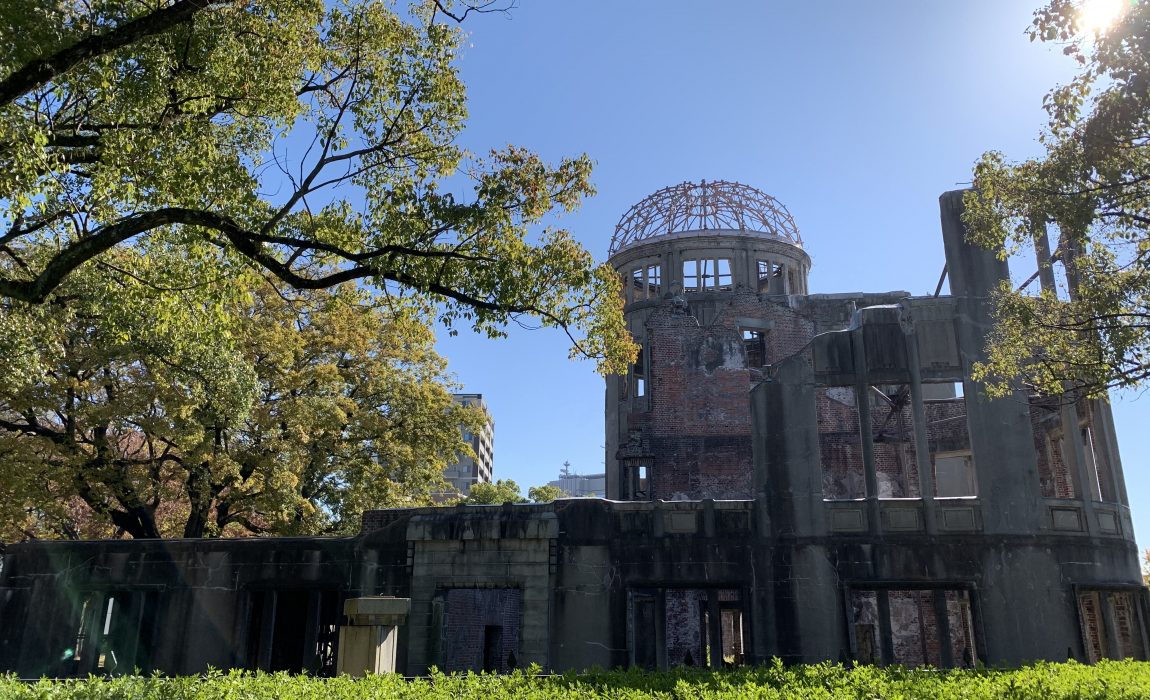 When I arrived in Hiroshima what initially struck me was a lack of a subway network. For transportation, the people of the city use cable cars and buses. The old world charm of riding in a cable car was quite enjoyable. Pictured is the Atomic Bomb Dome. I went to the museum located nearby. In a sense, it was terrible. Not because the museum itself was in any way wrong or bad, but to be confronted with the articles of those who were killed and their stories was a deeply saddening experience. It was terrible to know that all the death and destruction was perpetrated by  human upon fellow human.